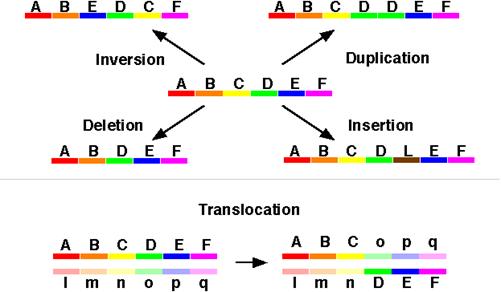 Chromosomes can be structurally identified by their sizes, positions of centromeres and nucleolar organizers, and patterns of chromomeres, heterochromatin, and banding. There are four types of aberrations in chromosome structure, such as deletions, duplications, inversions, and translocations, which can be detected cytologically under the microscope. However, some changes are too subtle to be detected cytologically. Deletions represent missing segments of chromosomes.

Homozygous deletions can be lethal, while heterozygous deletions can be non-lethal or lethal and may express recessive genes uncovered by the deletion. The duplications can cause an imbalance in the genetic material, which produces a phenotypic effect in the organism and leads to a greater variety of genetic functions. Inversions are caused by a 180-degree turn of a segment of a chromosome, which causes little trouble for an organism under homozygous conditions, but inversion heterozygotes often have pairing difficulties during meiosis, leading to the formation of inversion loops.

Crossover within loops generally results in infeasible products. The cross products will be different for pericentric and paracentric inversions. Translocations involve the relocation of a chromosomal segment to another position in the genome. In the heterozygous state, translocations produce meiotic duplication-deletion products, which can lead to unbalanced zygotes and new genetic linkages. Chromosomal rearrangements can cause health problems in the human population, with infertility and mental retardation being the dominant effects.

If the chromosome is altered, but still retains the three critical features of a chromosome (centromeres, telomeres, and origin of replication), it will continue to be inherited during subsequent cell divisions, however, the daughter cell may not retain all of the genes. For example, if a segment of the chromosome is missing, the cell may be missing some genes. The causes of changes in chromosomal structural abnormalities and the consequences they have for the cell and the organism are shown below. All of them involve breaks in the DNA that forms the chromosome.

A chromosome is a very long but very thin molecule. In the phosphodiester backbone, there are only two covalent bonds linking each base pair to the next. If one of these covalent bonds breaks, the chromosome will remain intact, although DNA ligase will be needed to repair the nick. Problems arise when both strands break at or near the same place. This double-strand break will split the chromosome into two independent parts. Because these events occur in cells, a repair system called the non-homologous end joining (NHEJ) system exists to correct them. The proteins bind to each broken end of the DNA and rejoin them with new covalent bonds. This system is not perfect and sometimes leads to chromosome rearrangements.

The Four Types of Chromosomal Rearrangements

a) Deletions arise when both breaks are on one chromosome. If the ends are joined in this way, the piece of DNA with gene B has no centromere and will be lost during the next cell division.

b) Inversions also occur when both breaks are on one chromosome. If the ends are joined in this way, part of the chromosome is reversed. This example shows a paracentric inversion, so-called because the inverted section does not include the centromere (para = next to it). If the breaks occur in different chromosome arms, the inverted section includes the centromere and the result is a pericentric inversion (peri = around).

c) Duplications can occur from two DNA breaks at different places on sister chromatids (on a replicated chromosome). The ends are incorrectly joined to give a chromosome with one duplication (two “B” regions as shown above). Note: the reciprocal product has a suppression.

All of the chromosome rearrangements shown above produce functional chromosomes. Each has a centromere, two telomeres, and thousands of origins of replication. Because inversions and translocations do not change the number of genes in a cell or organism, they are said to be balanced rearrangements. Unless one of the breakpoints has occurred in the middle of a gene, the cells will not be affected. On the other hand, deletions and duplications are unbalanced rearrangements. The larger they are (the more genes involved), the more disturbances they cause in the proper functioning of the cell or organism.

Remember that during meiosis homologous chromosomes pair up. If a cell has a chromosome with a rearrangement, this chromosome will have to pair up with its normal counterpart. Cells heterozygous for balanced rearrangements actually have a harder time in prophase I. There are different ways they can pair up during prophase I. But if a crossover occurs in the inverted region, the result will be unbalanced gametes. Embryos made with unbalanced gametes rarely survive. The consequence is that the heterozygous organism will have reduced fertility.

Note that an organism homozygous for this inversion chromosome will not be affected in this way because no loops are formed. Chromosomes can pair over their full length and crossovers will not produce unbalanced gametes. This is a general property of inversions and translocations. In heterozygotes, there are problems during meiosis that result in many of the gametes being out of balance and an overall reduction in infertility. In homozygotes, the rearranged chromosomes pair very well and there is no effect on fertility.

Some chromosomal rearrangements have breakpoints within genes that lead to the creation of hybrid genes: the first part of one gene with the last part of another. If the hybrid gene inappropriately promotes cell replication, the cell can become cancerous. An example of this is where the chromosomes are from a leukaemia patient caused by a translocation between chromosomes 9 and 22 (the red and green spots side by side).

Those chromosomal changes that duplicate genes are important for evolution. If an organism has an extra copy of important genes, one gene may retain its original function while others may mutate and potentially acquire new functions. An example of this is the multiple copies of globin genes found in mammals. 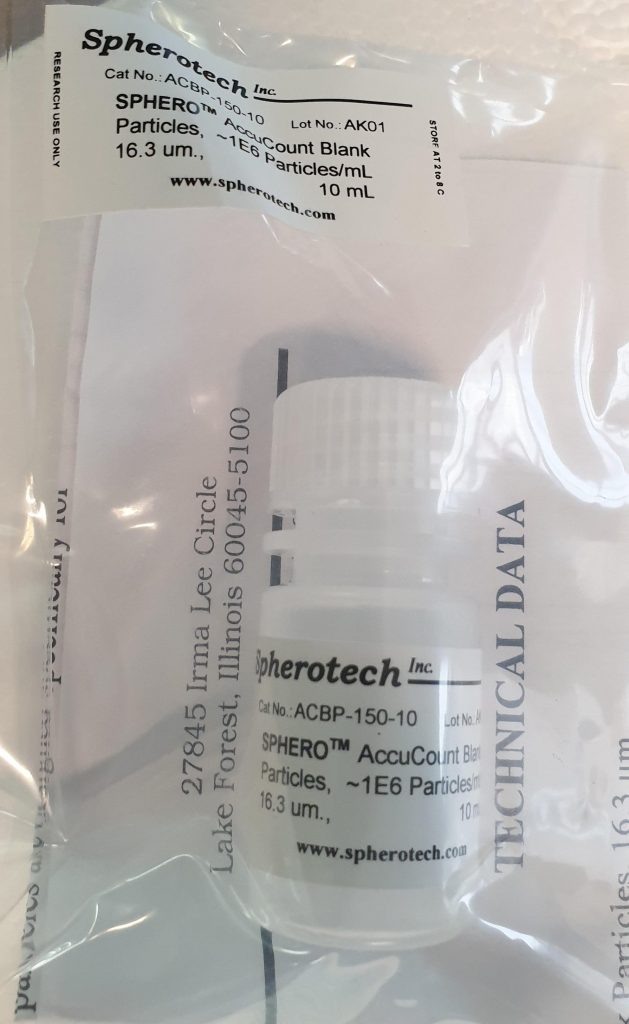 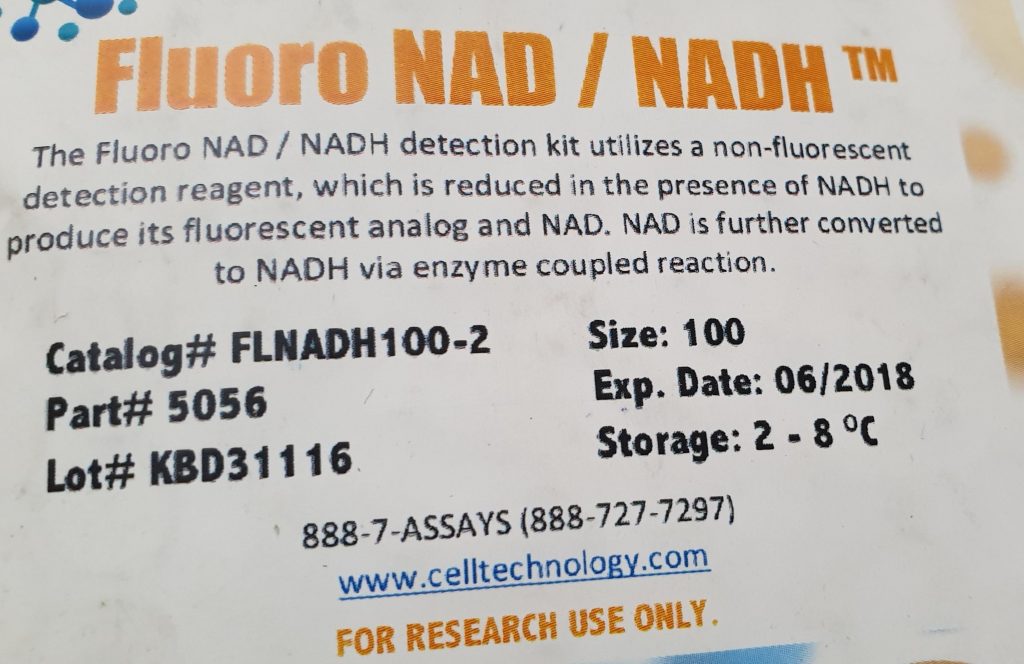